By Georgina Griffiths: Meteorologist, Metservice. This article was first published in the March 2021 issues of The Orchardist and NZGrower.

As expected, La Niña conditions peaked in intensity in the tropical Pacific Ocean in mid-December 2020, and then have exhibited a generally easing trend since that time.

The most likely outcome as we head into autumn (March through May 2021) is further weakening, meaning that overall, neutral ENSO (El Niño Southern Oscillation) conditions are expected by April. A neutral state of affairs is then predicted to continue as we enter winter.

Even though La Niña has peaked, a lag effect has meant that it was still a major driver of our weather maps to start 2021.

In both January and February, intense Highs were intermittently present to the south of New Zealand and over the South Island (Figure 1, Figure 2). While each High located over the South Island produced easterly winds over the upper North Island, these Highs were mostly dry in January (such as seen in Figure 1). However, as February progressed, an active area in the tropics to the north of New Zealand resulted in some wetter easterly rain events for the upper North Island (such as seen in Figure 2).

This pattern of highs being intermittently located further south has meant that the early part of 2021 has not been as dry as was experienced in 2019 and 2020 for the upper North Island (e.g. regions north of about Taupo). In those two drought years, the subtropical ridge that holds over Northland was stuck fast, and kept rain-makers away from northern New Zealand.

Summer rainfall is traditionally ‘boom or bust’ in the northern regions, with rainfall at this time of year known to be fairly ‘unreliable.’

That is, spotty afternoon thunderstorms can be highly ‘hit or miss’, with one farm copping significant localised rainfall, and the next door neighbour seeing virtually nothing in the gauge.

In addition, most of the heavy rainfall for northern areas of the country is generated from weather systems coming from the tropics or subtropics, to the north of New Zealand. And these systems are also generally unreliable! For example, two Tropical Cyclones had formed by mid-December 2020 (Tropical Cyclones Yasa and Zazu), but neither came close to New Zealand to deliver any rainfall. At the start of February, another three Tropical Cyclones had formed (Ana, Bina and Lucas), but once again, these systems did not yield any decent rainfall for New Zealand. Notably, forecasts of subtropical or ex-tropical systems are generally less accurate, giving a double entendre to the sense of ‘unreliable’!

Northern rainfall – so far, better than the last two years

To highlight the better-than-the-last-two-years rainfall so far this year, Figures 3, 4 and 5 show year-to-date rainfall accumulation, compared to normal, and compared to previous years, for Kerikeri, Whitianga and Te Puke. All three locations received some decent rainfall in mid-February 2021, and all three locations were running wetter than the two previous years, at the time of writing. 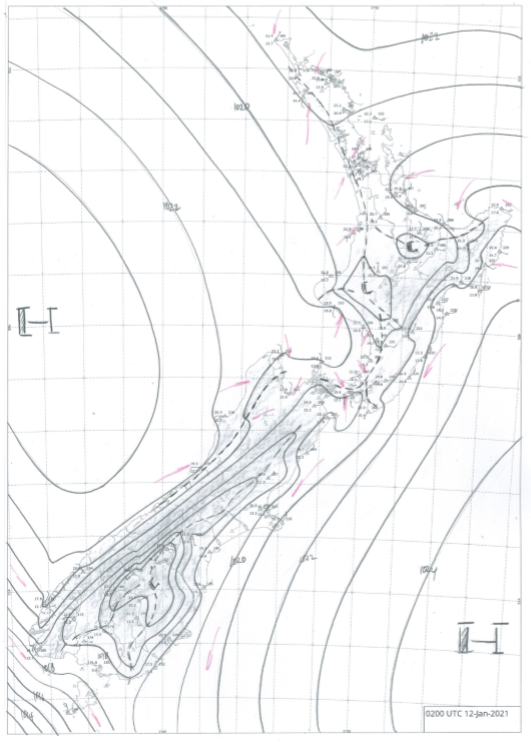 Figure 1: Hand drawn analyses, such as this one shown for 3pm 12 January 2021, help inform the MetService Expert Meteorologist’s knowledge of meso-scale features and synoptic patterns every 3 hours, every day. This helps the MetService forecasters to determine which weather models are accurately capturing current conditions, meaning that their forecasts are likely to be better than those models which are not. 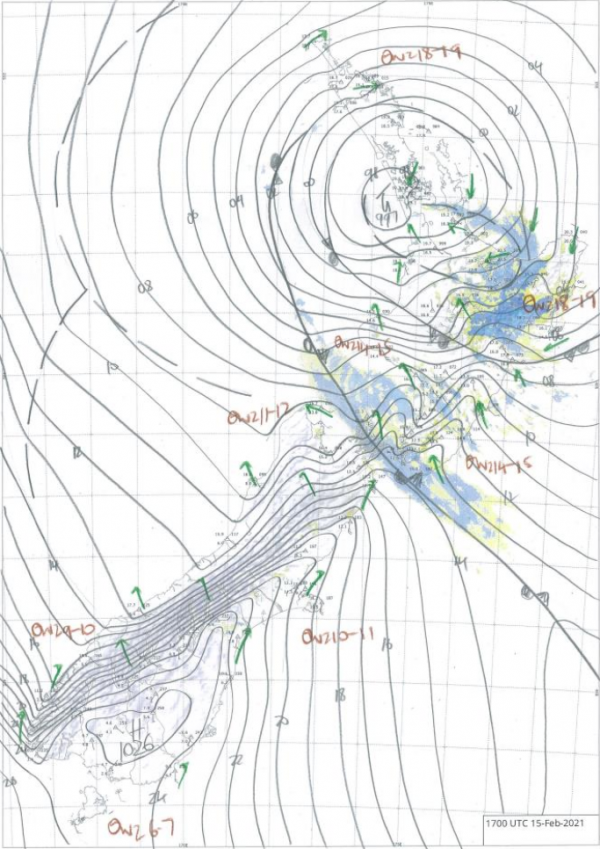 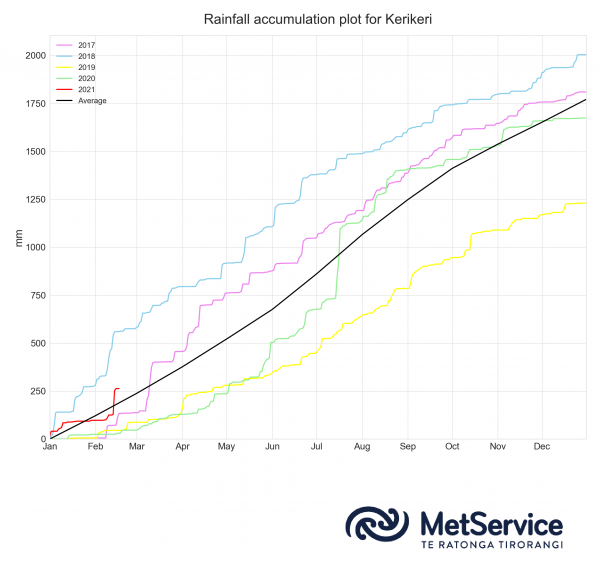 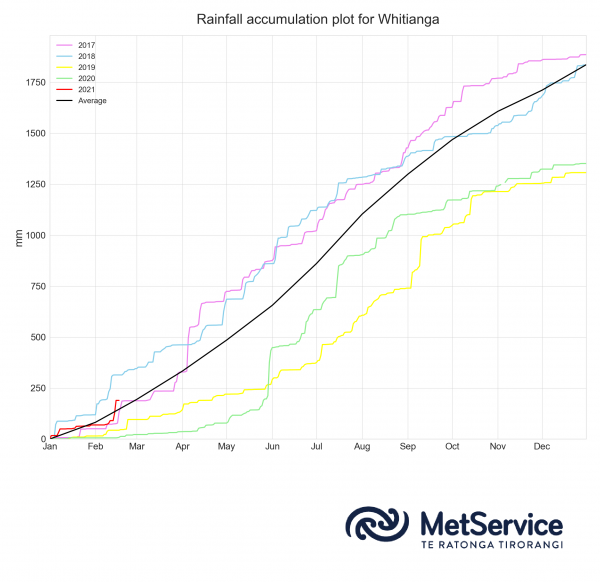 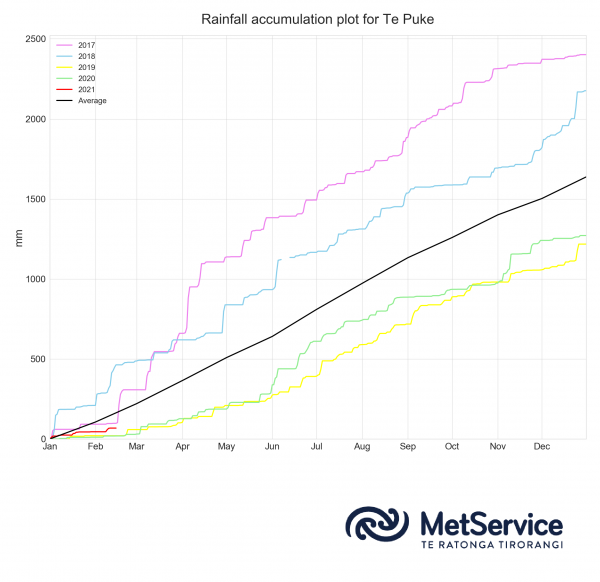 As always, you should keep up to date with the MetService long-range forecast at http://metservice.com/rural/monthly-outlook. Or sign up to the Monthly Outlook for delivery straight to your email inbox at www.metservice.com/emails