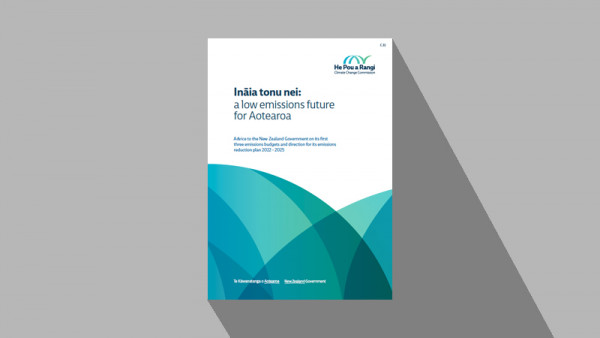 Horticulture New Zealand is pleased that the Climate Change Commission has recognised that land use change to horticulture can help New Zealand respond to climate change, while at the same time providing people with fresh, healthy food.

‘We’re pleased that in its final report to the Government, the Climate Change Commission has increased its estimate of how much land could be converted to horticulture, from 2000 hectares a year to 3500 hectares a year,’ says HortNZ Chief Executive, Mike Chapman.

‘If horticulture can expand more, it will reduce some of the emission reductions required by other parts of the primary sector, and also reduce reliance on forestry offset, which the report acknowledges, ultimately passes the responsibility for achieving reductions to future generations.

‘The report recognises that in order for horticulture to achieve its full potential, investment will be needed to remove barriers such as water availability and access to labour.’

Mike says the New Zealand horticulture industry is already one of the most efficient in the world.

‘Horticulture contributes less than 1% of New Zealand’s agricultural emissions.  Nevertheless, the industry is committed to working with the Government to enable growers to demonstrate through integrated farm plans, that they are taking action to reduce emissions.

‘In some areas, such as covered crops, our industry has its challenges.  Covered crop growers across the country are putting in place measures to reduce their energy demand.  However, they also need advances in technology and Government support to transition to greenhouse heating methods that do not rely on fossil fuels.

‘We are reassured that the report acknowledges there is the need for a comprehensive energy strategy.’

Mike says he would like the Government to view horticulture more holistically and bring all the policy changes together, to iron out the contradictions.

‘On one hand, we are being told that horticulture should grow considerably to help New Zealand respond to climate change.  But on the other hand, there’s not been enough labour this season, and there’s still no National Policy Statement on Highly Productive Land or National Direction for Vegetable Growing.  Both of these directives would help ensure that elite soils around the country were retained for growing vegetables and fruit, and not houses.’