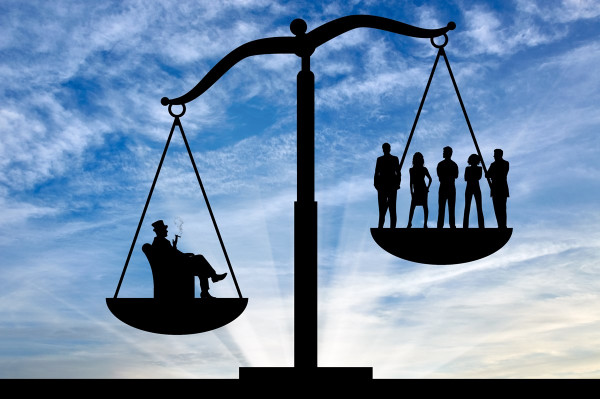 In response to the Covid crisis, the world’s central banks, which in New Zealand is the Reserve Bank, have collectively injected US$9 trillion into worldwide economies.

Most of this money has found its way into the world’s financial markets and from there, into the fortunes of the ultra-rich.  In the past 12 months, the total wealth of billionaires worldwide has increased by US$5 trillion to US$13 trillion.  According to the 2021 Forbes Rich List, there are now 2,700 billionaires – this is an increase of 700 over just the past year.

Before Covid, one of the most significant world economic features was the rapid rise of the middle class throughout Asia and in other developing countries.  Defined as earning between US$10.01 and US$50.00 a day, this equated to around 1.3 billion people.  For many New Zealand exporters, this was a growing and important market of middle-class people could afford to buy and eat our healthy food.

However, for the first time since the 1990s, this global ­middle class shrank by about 50 million people last year, according to a Pew Research Centre estimate.  This is 50 million people who can no longer afford to buy our produce.  This is evident from the World Bank estimate that the global economy contracted by 4.3% in 2020.

The paradoxical conclusion from this data is that the ultra-rich have got much richer while Asia’s and the developing world’s middle classes have dramatically shrunk.  The ultra-rich are not only generating their income from the financial markets but also, by what they invest their money in.  In China, most of the new billionaires are rising in dynamic, highly productive industries, led by technology and manufacturing.  In the United States, there is a trend towards investing in new technologies to feed people.

Here in New Zealand, we also have the re-distribution of wealth happening, enabled by the Government’s current and proposed policies.  Last week’s Budget was in large part focused on pulling New Zealanders out of poverty.  There is also the drive to increase wage rates, and drive New Zealand’s workforce to become skilled and high waged.  This is being paid for by New Zealand’s businesses, either through taxation or the direct cost of labour and the cost of technology to replace labour.

This is a re-distribution of wealth from business owners and entrepreneurs to the workers.  The other feature of the Government and Reserve Bank’s policy at present is that with low interest rates, wealth is being transferred from savers to spenders and to those on low incomes.  This comes at some cost.  New Zealand’s debt as a country is greater than Mexico, Nigeria and Venezuela.  We also run the risk that the businesses we need to fund the re-distribution of wealth will go out of business themselves.  These businesses are not those of the ultra-rich.  They are the businesses of everyday New Zealanders, who have worked long and hard to create them.

Asia’s middle class shrinking is a major concern for New Zealand, as we derive a considerable amount of our export earnings from their purchases.  We need that middle class to be growing and to be affluent enough to buy our produce.Their wealth is being re-distributed to the ultra-rich.  However, we need many people to be able to buy our produce and so the movement of wealth to the ultra-rich does nothing to help New Zealand’s fortunes and the maintenance or expansion of export returns.  As this season progresses, we will see what effect the reduced number of Asia’s middle class will have on our export returns.

This leads to the conclusion that New Zealand’s re-distribution of wealth has focused on the wrong group of people.  The real and absolute wealth in the world resides with the ultra-rich who, as explained above, are getting rapidly richer.  This is very much a zero-sum game, where the sector of New Zealand that generates our wealth – our businesses – is being required to re-distribute its wealth to their workers, without an increase in business activity and in our Asian export markets, a reducing middle class.

The alternative and a policy that would enable all New Zealanders’ wealth to grow would be to enable and support our businesses to expand.  This would require investment in infrastructure, research and development, the education system, and access to global labour and skills.  This would grow our wealth and not require re-distribution of a shrinking pool of funds and assets, as New Zealand struggles to recover economically from Covid.