Attracting and retaining Kiwi workers key to future of picking

First published in the February 2022 issue of The Orchardist. 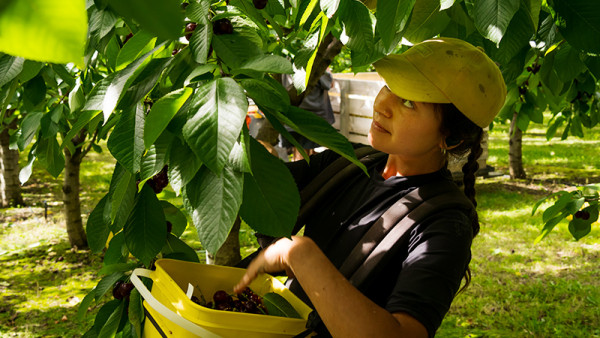 Sofia is part of CentralPac's dedicated team of cherry pickers.

With the border still closed and backpacker numbers dwindling, Central Otago cherry growers had to cast their net far and wide to attract the pickers needed for the 2022 harvest season. HUGH CHESTERMAN speaks to Tim Hope on how CentralPac is future proofing its business through Kiwi workers.

Tim Hope, operations manager at CentralPac in Cromwell, says they have managed to find enough pickers to get through the season, and have even found some hard-working New Zealanders along the way.

“The biggest thing that we notice though is that you always start again every year,” says Tim. “We only have five people during the year, and then we have to bring in 15 team leaders – five of them were returning this year – and then a whole lot of pickers. Getting the return staff is key to making it work.”

Abby, one of CentralPac’s harvest managers, is one of those returnees. Even though she is in her early 20s, Tim says she’s proven to be more than capable of leading her team of 80 pickers.

“It’s only her third season. She was team lead for two years and now she’s a harvest manager. Man, she’s got some skills! She’s looking after 80 staff and she’s really good at it.

“Although she’s studying pharmacology, she’s toying with the idea of joining the industry – and that’s one of the really cool things about seasonal work – people discover that they can have a great career in the horticulture industry.”

“We’ve had some really awesome people come out of the woodwork who haven’t done this type of work before,” he says. “We’ve also been successful in bringing back workers from last season, which has been more important than ever.”

With no new backpackers coming into the country, CentralPac has doubled its usual end-of-season bonus that pickers can earn. 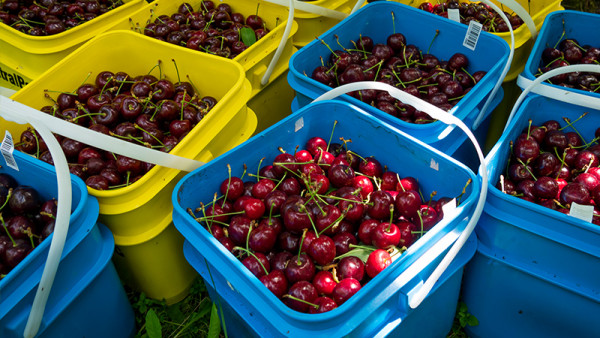 “On top of their wages, pickers can take home an extra $1.50 a bucket, a sum that they receive on the last day of the season, which could end up as a $500 per week end-of-season bonus,” says Tim. “This is essentially money in the bank, which we remind them about, and is a great reward at the end of the season for the hard work and commitment they’ve put in. We also have returnee bonuses, and a referral bonus for successfully referring a friend.

Giving workers a good experience, treating them well and keeping their expectations in check also have a large impact on recruitment success and workers returning the following year, he says.

“When the border was open this wasn’t as much of a concern but it’s hugely important now. Social media is a factor too, as news of good or bad employers gets around quick. There are no secrets now.”

Investing in long-term staff solutions are front of mind for the company.

“We had a Wanaka Youth Group working last year and they’ve come back this year and have been way more productive this season. They’re a long-term investment as they’ll be a core piece of what we do next year.

“Kiwi workers are quite good and they’re realising that they quite enjoy working in the industry. There’s good money to be made too!” 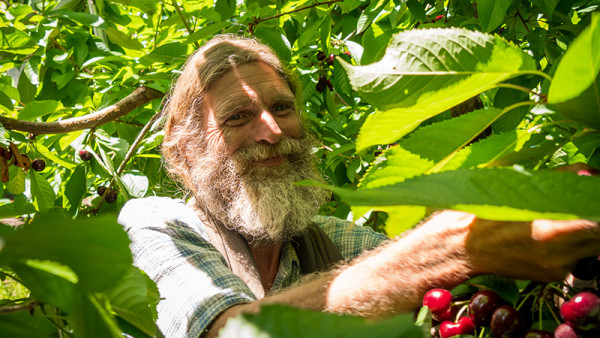 One of these returning pickers is 51-year-old Ivan Miller. Ivan loves his job and says the assistance available to him from Work and Income when he started picking last year made a huge difference.

“Last year, CentralPac helped me to get relocation funding from Work and Income after I had completed a 6000 km hikoi around New Zealand [top to bottom and back to the top again] for mental health. My funds were depleted from the walk and they helped me get a car and good accommodation,” Ivan says. “I answered the call to do seasonal work to meet the labour shortages and haven't looked back since.”

Ivan is a big advocate for seasonal work and the lifestyle that it provides. He runs a blog where he writes about his experiences and offers advice to others.

“My advice for people considering seasonal work is to just give it a go! Seasonal workers come in all shapes, sizes and ages. You just need a positive mindset, and the rest follows.

“There is beauty in the simplicity of the work and it’s a great lifestyle. After I finish the cherry season, I’ll move on to other summerfruit picking. There are so many jobs out there!”