First published in the April 2022 issues of the NZGrower. 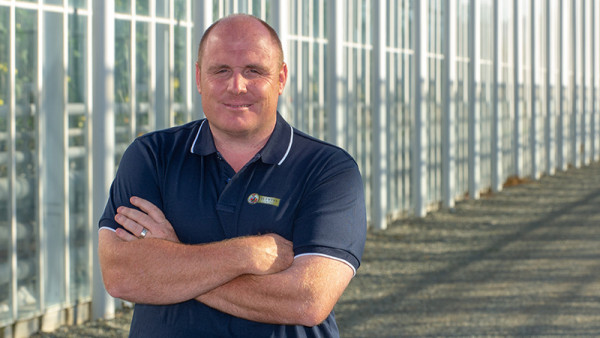 Pierre Gargiulo is using the NZGAP system with the EMS add-on to develop a Freshwater Farm Plan for a vegetable growing business.

As the government works on the direction of the national Freshwater Farm Plan regulations, Pierre Gargiulo has been working through his plan to show how the Environment Management System (EMS) add-on to GAP (Good Agricultural Practice) can do the job on the large-scale vegetable growing operation he manages in the Tasman region.

National regulations for the Part 9A Freshwater Farm Plans (FWFP) are being drafted by the government and expected out later this year. They will provide details about where and when those plans will be required, as well as content and aspects such as auditing and certification.

The Freshwater Farm Plan regulations are aimed at better controlling the effects of farming on freshwater across the country. Farms and orchards with five or more hectares of horticultural land will need a FWFP, including owned and leased blocks.

Horticulture New Zealand (HortNZ) advocates for the GAP programmes – NZGAP and GLOBALG.A.P – to deliver FWFPs for horticulture as growers already have those structures in place and they are working well. More than 90 percent of commercial fruit and vegetable growers in New Zealand have a GAP farm plan for food safety and have access to environment modules such as the EMS add-on. HortNZ considers an alignment between the regulations and horticulture’s GAP programmes will enable growers to continue meeting market and regulatory compliance in an integrated and effective way.

Pierre is general manager at JS Ewers on Tasman’s Waimea Plains, which grows 12ha of tomatoes, capsicums and eggplants under glass and 19 lines of fresh outdoor vegetables across 220ha. He is also running one of two catchment case studies on the plains with HortNZ and has been developing a FWFP using the EMS add-on to GAP.

“I’ve always been a believer you’re best to do this under your own steam and get on to it early,” he says. “If we start proving these systems are effective and working, it highlights we’re doing the right thing ahead of any government regulations.”

Growers can choose to devise a FWFP in-house or to use an advisor. When developing the plans, Pierre enlisted Agrilink advisor Andrew Barber, who had been involved with designing and testing the EMS add-on, to guide the business through the process. He also put together an experienced team to work alongside Andrew as they had a good understanding of the growing operation and the Waimea Plains.To Pierre, it makes sense to use the GAP EMS add-on or the industry’s current compliance rather than introducing a completely new system.

He says the EMS is still evolving but covers a lot of what growers are already doing and gets it documented in a way that is consistent and can be audited.

One thing I like about the plan is it’s all about improvement – what your status is now and over the coming years, and what you want to influence. It allows you to work through it on a time scale that is achievable.”

It has taken a bit of work to set up a system that does that, but in practice he says “the beast wasn’t as daunting” as they thought it would be.

“It forces you to formalise more of your decision making. Most of us make those decisions – the EMS helps ensure it is recorded.”

Each year, growers must complete a self-assessment of their FWFP and action plan to retain NZGAP certification. Auditors also check these documents and evidence of practices and record keeping during audit.

Along the way, Pierre has worked with the Tasman District Council and collaborated with staff members around practices and planning, which has been good in terms of knowledge sharing and relationships. At the same time, HortNZ has been working with the council on the science and modelling assumptions for both vegetable and orchard systems ahead of the upcoming regional Freshwater Plan Change. HortNZ is working with local advisers to support growers to develop GAP FWFPs using the EMS. 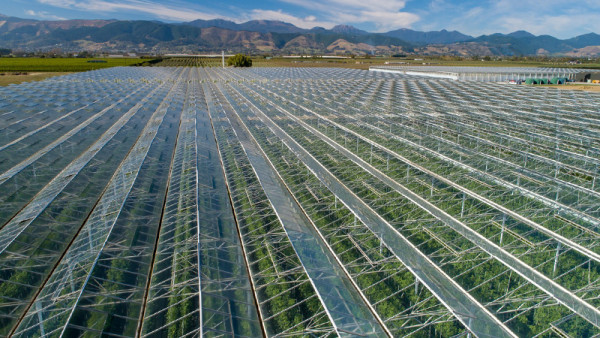 JS Ewers has 12ha under glass and 220ha outdoors on the Waimea Plains.

“Growers need to be engaged with the government and councils in the process because they don’t know unless the information is shared. That’s key.”

He says growers are focused on protecting their soils, not just for next year and the year after, but for following generations, and are constantly improving their systems. That has a flow-on effect to the wider catchment, which in this case is the Waimea Plains.

“We have to make sure that what we are doing is the best we can do and constantly look to improve. That’s the beauty about the FWFP.”