Genesis of nursery and IP business in NZ

First published in the December 2021 issue of the The Orchardist magazines. 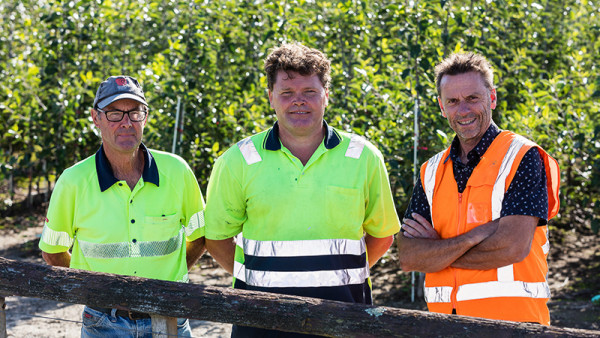 A strong new player has emerged in the nursery and plant intellectual property (IP) space in New Zealand with the formation of Genesis Nurseries Ltd.

These two assets have been joined to form Genesis Nurseries, a commercial fruit tree growing business. Genesis Nurseries chief executive, Derek Edwards, says part of the process has been gaining access to all-important intellectual property of new and promising varieties.

It is a considerable change in this space, with two renowned, long-established businesses brought under one umbrella.

With protected and new varieties becoming so important to the marketplace, the merge will help Genesis Nurseries in accessing greater varieties from New Zealand Fruit Tree Company (NZFTC).

The business, which represents 40% of the market, has not fundamentally changed, says Derek. Genesis is heavily invested in growing cherry trees and is the main supplier throughout New Zealand.  Exciting new apricot trees developed by Plant & Food Research in Clyde, known as the Summer series, will also be offered.

Genesis will have a number of proprietary apple varieties in its listing, including Honey Crisp, Koru, Tazi and Rockit.

“We are servicing growers from Cambridge to Central Otago,” says Derek.

The launch of Genesis fits well with the way orcharding has developed in New Zealand, with a shift from smaller owner-operator businesses to corporate entities like Freshmax, My Farm and T&G.

“We will be able to respond and supply what these businesses need,” says Derek.

Genesis is eyeing new growing areas too – one of these is Canterbury.

“We are talking to significant landowners in the Canterbury region who are looking at moving into apples.”

“Mike has an amazing knowledge and an incredible passion for growing; he knows how markets and growers operate,” says Derek.

He also believes there is potential for cherry development in Hawke’s Bay and other areas.

After 20 years in horticulture himself, first in nurseries then in kiwifruit, Derek says he knows how to grow a “really good” plant. The purchase of Pattullo’s has given the business access to a much wider range of rootstocks such as the CG series.

We can deliver a broad range of options including two-year-old rods, one-year grafted or twin leader,” he says.

Andy McGrath will continue to do what he does best, scouring the world for new varieties and bringing them into New Zealand, under his company GPVA (Global Plants Variety Administration). Genesis will have the sole propagation rights to any promising new material to come through this pipeline.

“Varieties introduced by GPVA have significantly changed the shape of fruit growing in New Zealand, with some of the exclusive varieties available from Genesis Nurseries including Gilmac, KORU®, Honeycrisp, Tarzi, Starletta and Sweet Valentine, NY Series Cherries plus many more,” Derek says.

GPVA works closely with plant breeders in the selection, development and management of new varieties and will continue to work with Genesis Nurseries in future in introducing new varieties to the New Zealand fruit industry.

Kerry Sixtus from Pattullo’s Nurseries was a founding shareholder of NZFTC, a private Intellectual Property Company initially formed by a group of New Zealand fruit tree nurserymen, growers and fruit marketers.  Kerry was the Chairman of the NZFTC, which was established in 1996.

NZFTC is a member of Associated International Group of Nurseries (AIGN), an international group of nurserymen collectively working together for the benefit of each other. Key plant breeding programmes that NZFTC represent are Prevar (formerly known as HortResearch), Bradford Farms, Sunworld International, Star Fruits, Rutger’s University and individual selections managed by AIGN and/or its members.

The investment by Genesis Private Equity (GPE), a small Ashburton group of ‘angel’ style investors, already have significant ties with agriculture and horticulture. Purchasing Pattullo’s has led to them holding a 38% share in NZFTC, with 32% held by Market Gardeners Ltd (Christchurch) and the remaining shares held by one of the original shareholders, Paul Paynter. 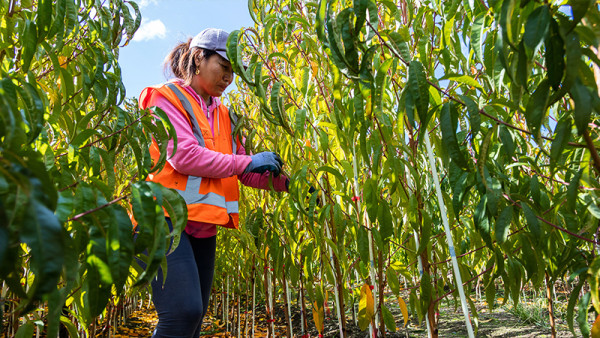 RSE staff in the nursery.

GPE was established in 2015 to invest capital and governance expertise into small to medium-sized private companies identified as having significant growth potential.

Derek is excited for the future, with a great demand for New Zealand grown fruit in overseas markets. Dwarfing cherry rootstocks will bring great opportunities to set up more intensive growing systems.

“This fits in with challenges regarding labour, and health and safety,” he says.

Genesis plans to invest in research, testing and commercialisation of new varieties through a programme to be run by Mike van Workum.

The company will have sites at Cambridge (cherries), Links Rd in Hawke’s Bay (rootstock centre) and is looking at developing a South Island site. Both Pattullo’s and McGrath had successfully developed innovative nurseries, each focused on different rootstocks and exclusive plant varieties.

"The combination of the two businesses will provide the industry with an exciting new opportunity to access the best new varieties to suit their requirements," Derek says.