First published in the November 2021 issue of NZGrower.

Hinemoa Quality Producers Ltd, Chris Nicholson, on site in one of his potato fields.

On the rolling country hills of Pukekawa sits a 215-hectare potato and onion growing operation that is leading the way in meeting the goals of a modern Farm Environment Plan (FEP).

Chris and Vikki Nicholson own and run Hinemoa Quality Producers Limited; an operation blessed with beautiful Pukekohe volcanic soil. They are doing their best to not just maintain it but improve all aspects of their operation while practicing nutrient and sediment control.

The Nicholsons are in the middle of an ambitious 15-year project which aims to fill some of the property’s gullies to create nine additional hectares of cropping land.

Chris says a large part of that project is also to ensure the farm’s soil remains productive.

The project is also a test in the science of erosion and nutrient control.

One of the on-farm gullies has received consent to be converted into another three-hectare reservoir which will hold up to 80,000 cubic metres of water. This will complement the 45,000 cubic metre capacity of the operation's primary dam.

Another gully system has been planted in native flora to control erosion and retain silt, and several specially designed Sediment Retention Ponds (SRP) have been installed on the property to ensure that heavy rain events don’t wash significant quantities of soil off growing areas. These engineered ponds are part of a suite of practices being implemented on the property to manage erosion, sediment loss and nutrient runoff from commercial vegetable production.

The average annual erosion rate around the Pukekohe region is five to seven tonnes per hectare depending on the slope. Five tonnes per hectare equates to approximately 0.5mm of soil loss per year. Cover crops help prevent soil loss as their root systems hold the ground. Specially designed and built SRPs also allow the ‘bedload’, or heavier material, to drop out of the run-off. The suspended sediment eventually settles over time and the soil that amasses can then be scooped out by digger and returned to the tops of the paddocks.

Hinemoa has ten hectares of lucerne, which, along with barley and mustard, works to fix nitrogen, hold and condition the soil, while providing commercially saleable fodder crops.

''The lucerne programme is part of our nitrogen programme,” Chris says. “It is a nitrogen fixer and soil conditioner. We spray out a block and plant lucerne to put nitrogen back and hold the soil. We don't use any nitrogen, just plough it back in.”

Installation of solar panels marked a further milestone in the Nicholsons’ operation – becoming fully self-sufficient. Costing a hefty $86,000 to install, the panels have been placed on the expansive roof of one of their main sheds and have already reduced Hinemoa’s monthly electricity bill from $1,200 to $300. Any excess generation is sold back to the grid. 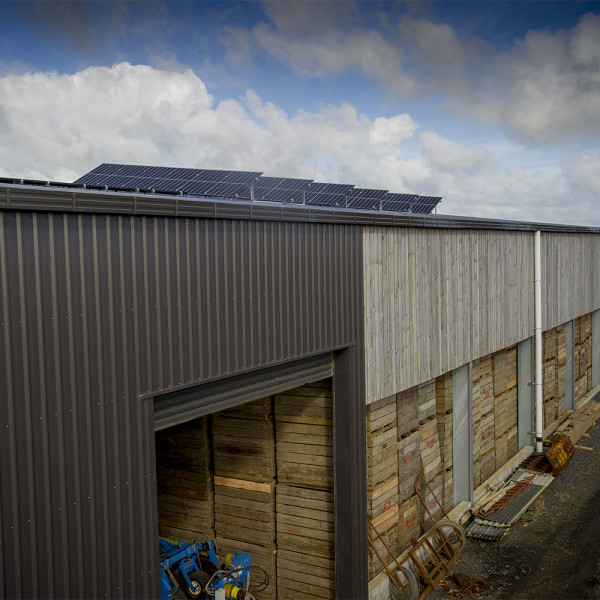 Vikki attended a Farm Environment Plan and Nutrient workshop back in June along with about 60 indoor and outdoor growers and industry reps. The purpose of Farm Environment Plans is to assess and manage the risks to the environment on-farm. This means minimising the run-off of sediment and nutrients into waterways and lakes and reducing greenhouse gas emissions.

''I was able to make notes to take back to our agronomists around soil testing requirements. In particular, the quick tests between planting and side dressing are things we could look to implement.

''Most of the nutrient management processes are being done automatically by growers, and compliance is already being monitored through industry programmes such as NZGAP (Good Agricultural Practice). But it is imperative that these models are integrated with the FEP so that the audit process does not become a frightening beast.''

Vikki says the most frustrating aspect of FEPs is being held to account by councils using outdated data around nitrogen.

“The point of growing sustainably and profitably is to get the greatest yields from the lowest inputs,” Vikki says. “However, if this affects quality in a competitive market, we stand to lose business.

''It is a very daunting process for a medium-sized, family-run businesses who don’t have the resources to employ full-time soil sampling personnel. Compliance is becoming a large part of the business model. If you don’t have the expertise yourself, you have to engage consultants which is costly and time consuming.

“My concern is it may see the small growers pushed out altogether.''

Meanwhile, work on any further development of Hinemoa's FEP is on hold due to the Auckland Covid-19 lockdown.

''Chris hasn't had a day off,” says Vikki. “Labour is extremely challenging. We can’t get people and we have staff who also can't get back to New Zealand. We would usually have university students working for us in November, but who wants to work in Auckland right now?

“People will realise what's happening if we have to hoe the crop in because we can't get it off the ground.” 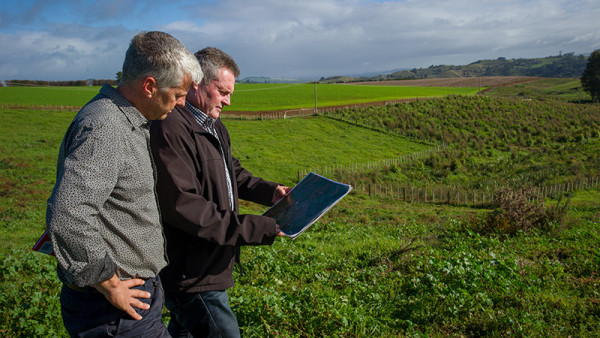