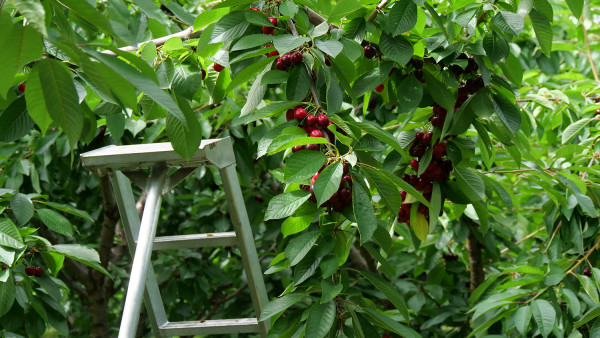 Summerfruit growers in Otago are experiencing severe staff shortages, due to the ongoing impact of border closures and low unemployment in New Zealand.

‘We know it is tough for growers at the moment.  Last season, they had the weather.  This season, it is the severe labour shortage,’ says Summerfruit New Zealand Chief Executive, Kate Hellstrom.

‘Summerfruit New Zealand is working with other horticulture product groups and government departments to attract and retain as many seasonal workers as possible.  However, due to Covid and its impact on New Zealand’s borders, it’s tough.

‘We ask that where possible, growers club together to make best use of available labour.  But in saying that, we know that fruit will go to waste, which will affect profitability and morale, as some growers only have about half the staff they’ve had in previous seasons.’

Trudi Webb, an owner of Webb’s Fruit, says they’ve got enough staff for now but they really need many more workers for February and March.

‘There’s plenty of support out there for staff.  Most employers are offering accommodation support and some very good pay rates.

‘We’ve a lot of students who are working during their summer break.  However, many end up paying double rent – for both their university accommodation and for accommodation where they are working.

‘More students would be keen to come and do work seasonal work if they were able to access some kind of accommodation supplement or Work and Income support, such as the New Zealand Seasonal Work Scheme.

‘Just recently, we had to put out an SOS to other employers to help us to thin apples. We were lucky and had about 40 staff from other employers come in and get us through that.’

Tim Hope, Operations Manager at CentralPac, says they are offering an end of season bonus for staff who finish the current season.

‘We’ve put in a lot of effort into attracting kiwis this season.  We’ve had some really awesome people come out of the woodwork who haven’t done this type of work before.  These workers are really capable and are discovering that they can have a future in the horticulture industry, long-term.

‘There’s good money available for people who put in the effort.  We’ve been able to help people access Work and Income support, which really increases the feasibility of moving for work.’ 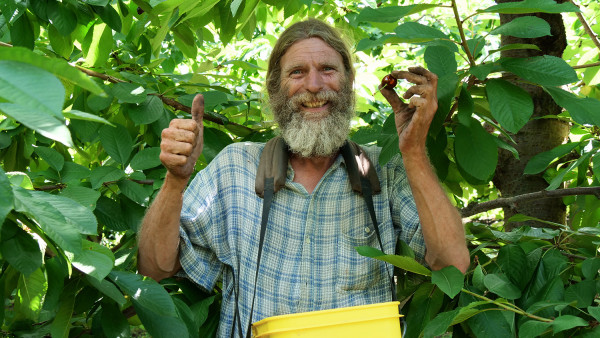 Ivan Miller is doing his second season picking cherries in Cromwell with CentralPac.

Ivan Miller, currently working his second season picking cherries for CentralPac, says the assistance available to him from Work and Income made a huge difference.

‘Last year, CentralPac helped me to get relocation funding from Work and Income, after I had completed a 6000 km hikoi around New Zealand for mental health.

‘In answering the call to do seasonal work, I haven't looked back since.

‘My advice is to just give it a go!  Seasonal workers come in all shapes, sizes and ages.  You just need a positive mindset and the rest follows.  There is beauty in the simplicity of the work and it’s a great lifestyle.

‘After I finish the cherry season, I’ll move on to other summerfruit picking. There are so many jobs out there!’

To find out more about seasonal work in the horticulture industry, please visit picknz.co.nz