Lightening the touch on food production

First published in the June 2022 issues of NZGrower. 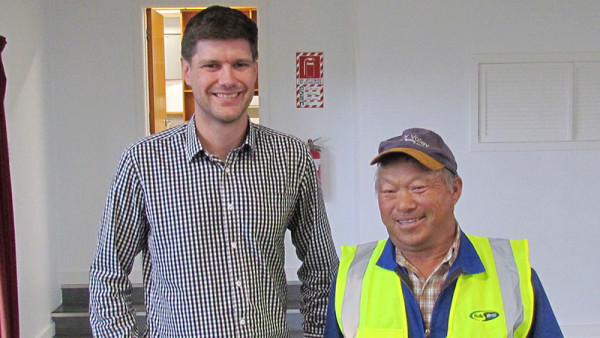 Vegetable growers in New Zealand could soon be producing food with reduced, or no need, for chemical sprays.

Pukekohe growers, the Balle Brothers, recently completed a successful trial growing onions on their four-hectare property without the use of the chemical Mancozeb to control downy mildew.

“We’ve proved we can do this,” says Howe Young, who manages the plot. “It was an average yielding crop, but it was quite dry and we weren’t irrigating.”

The trial forms part of the A Lighter Touch (ALT) programme which was established in May 20202 with the aim of changing the approach to food production by transitioning from agrichemical pest management to agroecological crop protection.

The Ministry for Primary Industries (MPI) has committed $11 million in funding through its Sustainable Farming Fund (SFF) with another $16 million coming from the horticulture industry.

The programme’s key partners are the Foundation for Arable Research (FAR), Zespri and Winegrowers NZ.

Chief executive of Onions NZ, James Kuperus, says the programme is very much part of the industry’s aim to be a global leader in reducing the use of harmful chemicals.

“We’re never going to be the cheapest producer of onions, but we can grow a quality product sustainably,” he says.

Under the programme, trials are able to be carried out at a commercial scale so just a few growers don’t have to take the risk of becoming early adopters of new crop protection

“We hope that will speed their uptake,” says James.

The plan is for four crops; onions, broccoli, barley and potatoes, to be rotated on the trial site, with onion demonstration coming into its second year. Pukekohe was chosen because of the support from local vegetable growers and wider industry, with regular field days held so the paddock can be walked and the results seen up close.

James says downy mildew control was a problem onion growers quickly needed to adjust to. Onions NZ started providing a daily email forecast of the disease risk as part of a weather report so growers could make decisions as to whether they really needed to spray or if this long-used insurance policy wasn’t really required.

An updated model has recently been developed under ALT and growers have supported its continuation as a good investment.

The next step is to look at trial work using alternative methods to control thrips, based on research carried out by Plant & Food Research Ltd (PFR) in Lincoln, Christchurch.

“We’ve talked about the Integrated Pest Management (IPM) concept for many years and some crops are further ahead than others,” Antony says.

When bringing biological control agents (BCAs) into a monoculture, it is necessary to build up numbers after an initial introduction and that requires either headlands, plant borders or inter-row plants where they can multiply. They’ll then reach a level where spraying won’t be needed because they can effectively control the targeted pest.

A literature review has been undertaken, drawing on research already carried out by the Foundation for Arable Research (FAR) and PFR. Fine-tuning will now take place to get the best results in Pukekohe’s temperate to sub-tropical climate.

As a result of the work occurring through ALT, it is anticipated that growers’ costs will not only be lower, but that off-label use of chemicals will reduce along with any residues. It is hoped that will also lead to greater consumption of vegetables.

The biggest insect control problem for broccoli growers is the diamond-backed moth, on which PFR has carried out a number of research projects. Control measures that are developed should be relevant to growers of other vegetable crops, Antony says.

“That will give them more tools in the toolbox.”

Leaderbrand’s Dr Stuart Davis, who represents Vegetables NZ on ALT’s industry reference group , sees the value of the collaboration the programme brings between growers and researchers.

Stuart says the former director of Vegetables NZ was involved in Leaderbrand’s IPM programme for lettuce as well as brassicas, but he always felt the work could be taken further.

“A group of growers would form to get a particular job done but then dissolve,” he says. “We never had the continuity or the mechanism of putting people together.”

When it came to the Environmental Protection Agency’s (EPA) agrichemical reassessments, Stuart says growers often felt they were losing chemicals which they could use but there wasn’t a coordinated programme to bring others in.

“If you want people to move, give them something to go towards,” he says. “No grower holds on to old practices because they’re sticks in the mud.”

With ALT’s initial projects, he hopes it’s a case of “success breeds success”.

“There’s a long list of milestones and if most of those could be tricked off, I’d be happy.”