Stepping on the scales

First published in the April 2022 issue of The Orchardist. 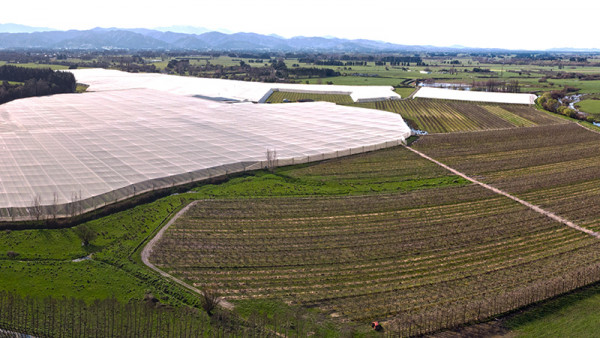 JR's Orchards from the air

“I was a bit apprehensive,” she says.

“But the template was very easy to use, and I think growers are very lucky because HortNZ had done a lot of work behind the scenes.”

The calculation is all part of readying growers for coming changes to the way in which agricultural greenhouse gas emissions are to be priced under a new system being designed through He Waka Eke Noa, a partnership between industry, iwi/Māori and government, within which Horticulture New Zealand represents horticulture.

By the end of 2022, all farms over 80ha need to know their total annual emissions number.

This is one of seven milestones in the Climate Change Response (Zero Carbon) Amendment Bill 2019 that He Waka Eke Noa is working towards between now and 2025. The final milestone is that by 1 January 2025, a farm-level system for accounting and reporting agricultural greenhouse gas emissions is in use.

Recommendations from He Waka Eke Noa will be reported to ministers by 31 May after broad primary sector engagement to present and hear feedback on the two emissions pricing design options, the farm-level levy or the processor-level hybrid levy.

Jamiee was involved in one of two HortNZ Zoom meetings held in February before working out exactly how the coming changes would affect the family-owned orchard which was bought in 2003. While the apple and pear orchards were planted when the property was purchased, at that time there was no infrastructure so they enlarged the original packhouse which now has Compac grading along with Inspectra technology which can detect internal defects in fruit.  Around 260,000 cartons of apples and pears are produced under the ECCO and Capital brands from the largest orchard in the Wairarapa and the only pipfruit exporter in the Wellington region.

Jamiee says annual soil testing has been carried out for a number of years along with leaf testing to see whether any reduction in fertiliser applied can be achieved. She finds it very useful that fertiliser companies now detail on their invoices exactly what the ratio of nitrogen is in their products.

“You can keep an eye on what goes on and you’re not guessing anymore,” she says.

The orchard has also been buying sustainable, natural fertilisers where possible. It’s used a commercial seaweed-based product for the last five years which she says has helped with keeping their trees healthy as well as with leaf quality.

There’s also been a move to foliar feeding over that time rather than applying conventional fertilisers, so nutrients are taken directly into the trees rather than passing via the soil.

For most growers who only have agricultural emissions from synthetic nitrogen fertiliser under He Waka Eke Noa, the practices they use to manage nitrogen for emissions are the same used to manage impacts to water quality. This means that growers can count these practices in their emissions management plan, as well as their Freshwater Farm Plan.

The greenhouse gas emissions accounting and reporting system for agricultural emissions is still in process of refinement, but it is already assisting growers large and small find where they are on the scale and do their part towards reducing climate change.