By Anne Hardie. This article is from the April 2021 issue of the NZGrower magazine. 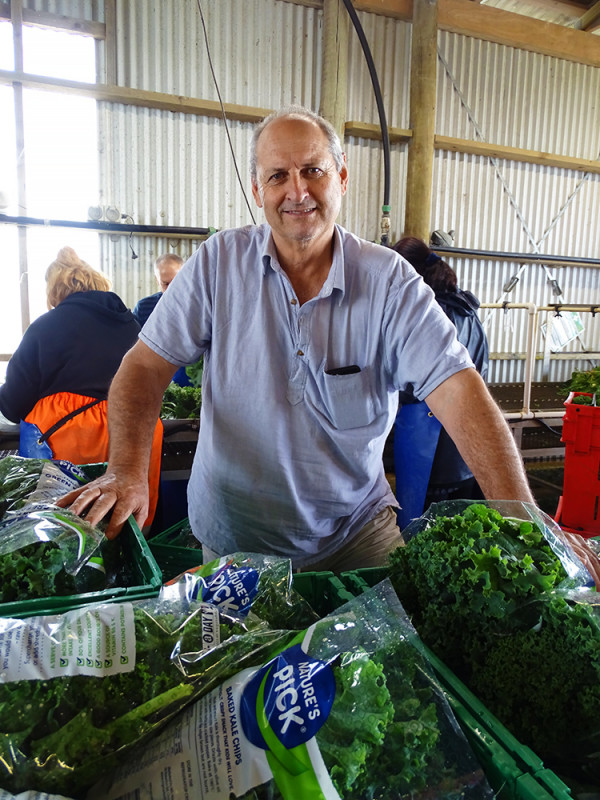 He retired from Vegetables New Zealand late last year after eight years on the board and says growers produce an affordable product, but there’s little financial reward for their effort and he worries about the future for many growers.

In an era where sustainability has become a buzz word that he says should never be used in a meeting, the focus needs to be more on profitability because otherwise businesses are unsustainable.

“If you make your growers profitable as the first part of business, sustainability and compliance will naturally fit into the system. If you’re not profitable, you’re not sustainable.”

Mark says businesses need to be profitable to be sustainable.

Mark is part of a family business, Appleby Fresh, that produces 500,000 units of mainly green vegetables per annum on the Waimea Plains near Nelson. He joined the business after 20 years in the meat industry, initially as a meat inspector at the local meat works, and then redundancy led to a decade in the beef boning room. Looking back, he says it was a wonderful period of his life with the camaraderie and lifestyle that went with the job.

His redundancy payout went into the sharemarket in early 1987 and vapourised at the end of the year when the market crashed. Looking for other ventures to make money, he teamed up with a mate at the meat works to buy a plot in the Marlborough Sounds and farm mussels. Weekdays at the meat works were followed by weekends on the mussel farm with a fair dose of hunting and diving, and today they lease out the 6.6ha mussel farm.

Then in the late 1990s he returned to the family business which was an expanding market garden on land the O’Connors had farmed since the first settlers arrived in Nelson. It has continued to expand, and today the business encompasses 150ha in vegetables around the Waimea Plains, with 110ha owned by the business and the remainder leased.

The bulk of its production is greens and increasingly higher-value crops such as beans and zucchini, while melons, pumpkins and corn make up the balance. At peak times such as the corn season, the business employs up to 120 staff which drops to 60 through winter. A sizeable proportion of staff are former refugees from countries such as Myanmar who have become permanent staff due to their work ethics toward the various roles in a market garden.

Eighty percent of the produce is sold via MG Marketing (of which Mark is a board member) to distribute around the country.

He says the lack of tourists this past year due to Covid-19, particularly the large numbers formerly on cruise ships, has been tough on an industry that is still growing the same amount of produce that it did in the past, but for a shrunken market.

“We have so many less people coming into New Zealand and so less mouths to feed, but the same amount of production. We have an oversupply and that drives the price down.”

This season they stopped picking zucchinis because the price was below the cost of production, but kept picking other marginal crops because it kept people in employment and provided cashflow.

“There’s a lot of reasons why you still cut produce below the cost of production.”

At some stage, the table will turn and there will be a shortage of supply, he says, because growers can’t keep producing vegetables below the cost of production.

“But everyone doesn’t want to give an inch. No-one wants to give up their market share and we all live in hope.” 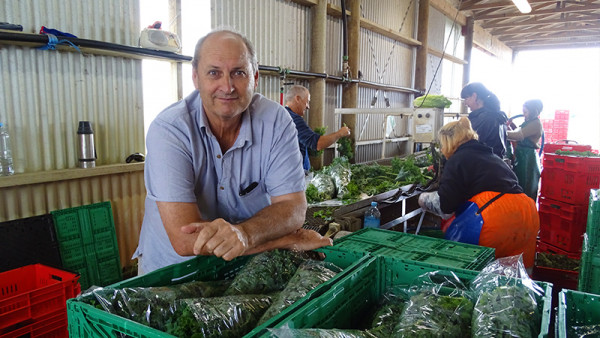 As well as low prices, growers are facing increasing scrutiny and restrictions on nitrate levels, which he says will have an impact on the crops they produce in terms of quality as well as quantity.

“Everybody is working very hard to get their nitrate levels back, but consumers still want pristine products.”

While everyone wants better environmental outcomes, he says compliance is a barrier to the smaller growers compared to those with scale to balance the costs. Combined with low returns for vegetables, he says that will lead to an industry governed by corporate and other large-scale operations.

He says he understands why some growers sell their land to housing developers because they need to be able to farm their land profitably or have an alternative land use.

“If you’re putting restrictions around nitrates and growing produce, then councils have to allow people to do something else with their land,” he says. “On one hand they want to protect the ground and on the other hand they want to put on so many restrictions like the amounts of fertilisers, that you can’t achieve a marketable product.”

Plastic is another environmental issue that is challenging for the industry. Society wants less plastic, but at the same time, customers want the convenience and food safety of buying their vegetables in plastic.

“As you get older you think more about food safety and you want things in plastic that nobody has touched.”

The other aspect of packaging is that it keeps vegetables fresher for longer and reduces the cost of wastage.

The challenge for the vegetable and packaging industries is finding alternatives that are convenient for customers, keep food safe and get the environmental tick.

Mark is still a member of the crop advisory group for Vegetables New Zealand and says there is now a new generation of board members with a diverse set of skills to tackle the issues facing the industry.

“I really enjoyed my time on the board because of the board members and all the growers I met over the years.”