Last year was a tough one for lemons, so Alan Thompson of Kainui Pack & Cool in Kerikeri is hoping for an improvement this season as harvest gets underway.

Kainui now has 26 hectares of Yen Ben lemons with most of these being new plantings under three years old. However, Alan and Helen Thompson are not new to lemon growing. They have been involved with horticulture in Kerikeri since the 1980s and have an extensive family business that includes kiwifruit and lemon production, a packhouse and coolstore, an export company, and more recently wine and beer production. 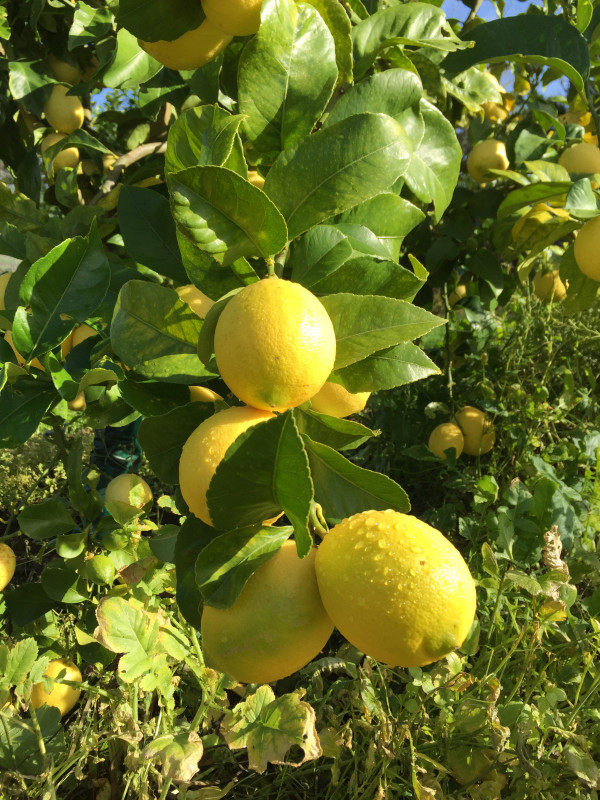 “While SunGold kiwifruit is our main production focus across 70 hectares of orchards, Yen Ben lemons have always been a particular passion of mine since commercialising the variety in the 1990s,” says Alan.

They crop most of the year and have a strong Asian export market but they’re tricky to grow.

"Several Yen Ben lemon crops up here have been pulled out, and in Gisborne and Bay of Plenty, Meyer is the dominant lemon variety and has already hit a glut.

"My confidence in Yen Ben persists even in the face of the massive logistical challenges in the last couple of years. Prior to Covid-19, we had increased our plantings more than tenfold from our previous two hectares.

“Then last year was a disaster for our lemon exports because of supply chain issues including lack of containers, and some fruit arrived in bad condition after 30 to 40 days stalled in transit, so returns were awful. We’ve just started this year’s harvest and we’re hoping for fewer logistical obstacles as the world starts to function again.”

Alan says the fact that Kainui’s newer plantings are only just coming into production is an advantage for now.

“We have time for the issues of Covid fallout to settle down as we tick away with a lower volume crop. We also need time to re-establish our Asian markets that have been lost because of these issues.

"With some growers pulling out their Yen Ben lemons to plant more SunGold kiwifruit, the consistent volume of supply of New Zealand lemons needs to be re-established with our markets and this will take time. We’re also in the middle of building a new packhouse to better position ourselves for our increased production.”

Yen Ben lemons have several fruit sets a year, that require select picks each time. Alan explains, “This makes them more expensive to produce than a single pick crop like kiwifruit. Seventy to seventy-five percent of the Yen Ben crop is harvested from mid-June to September with an export pack-out of 80 to 90 percent, and then a later harvest from November to early February, so they’re producing almost year-round with fruit setting at the same time as harvest. This makes crop management like spray programmes more complicated, and it increases our labour demand.”

As with most horticulture, securing labour continues to be a significant issue. Alan says, “This year was the hardest for us in our packing shed because as well as having no backpackers, there was a lot of competition up here for local packhouse workers. We pack our own kiwifruit and citrus (mandarins and lemons) but the recent massive kiwifruit crop expansion coming on stream meant the big packhouses were doing more night shifts with more demand for staff.”

“Fortunately, we have a great team of regular local staff who have been coming here for years, and on the orchard, we have a great Recognised Seasonal Employer (RSE) scheme team from Vanuatu.

"One team was finally able to get home at the end of last year, so we have a new team that started March until September for harvest and pruning, then, a summer team comes from September to February for thinning. But costs are up considerably and we need to tweak systems to keep up with the constant changes.”

Kainui Pack & Cool sells domestically through MG Marketing and exports citrus through Primavera Trading Company Limited, both of which the Thompsons have a shareholding in, and their kiwifruit exports are through Zespri.

Joe Lenaghan, citrus manager for T&G Fresh, says their main winter lemon harvest started late May. “We’ve had a great growing season with a heavy flower-set last spring, so our crop volume estimates are expected to exceed 35 tonnes per hectare. We were fortunate to miss the two cyclones that really impacted Gisborne citrus this season, but consistent rain through our growing months has meant pest and disease pressure has remained high through summer and autumn.”

T&G exports lemons primarily to Japan but continues to work towards new opportunities in Southeast Asia and North America. “We export roughly 70 percent of our annual crop through the winter months, with the remaining 30 percent supplied domestically through the summer months,” Joe says. “Our export focus is with Japan as we have reliable relationships with our partners there and Japan tends to offer T&G a higher return on our product.”

“The citrus industry has faced some challenges as a result of the impact of Covid-19 in the last two years, from shipping delays and subsequent logistical and quality issues, through to shortages in labour supply. T&G has developed a national strategy to employ more permanent staff all year and supplement these shortages with seasonal RSE and local workers when required.”

As well as shipping transport and labour issues being a current and future focus, Joe points to increasing inflation and higher orchard input costs. “We’re now reviewing all our systems to get the best possible returns for our product and our partners. Higher returns are well overdue for the industry but for citrus production to remain sustainable in Aotearoa, the importance of keeping citrus greening out of the country will be paramount. We have regular spot checks to identify this disease and biosecurity remains vigilant at our borders, but we need to stay on our toes.”

First published in the July 2022 issue of the Orchardist magazine.