Are we going back to inflation and economic stagnation? 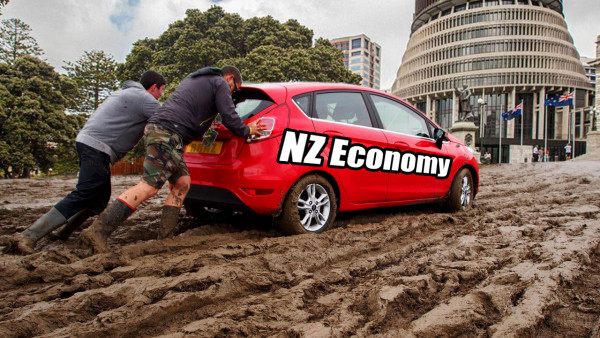 Inflation and economic stagnation are already being seen in the United States and our Reserve Bank is predicting its return to New Zealand but not until next year.

Covid’s freeze on our economy looks to be coming off: consumer prices increased by 4.2% in the 12 months to April 2021, and shares are starting to underperform here and across the world.  Everything is progressively costing more: rates across the country are on a dramatic rise to pay for infrastructure and water quality, and labour shortages are driving up salaries and wages.

Mortgage interest rates will not doubt soon follow suit and increase.  The Reserve Bank gave that warning this week and said that house prices could possibly fall.  This will in effect double down the Public Sector wage freeze for those earning more than $100,000.  As a result, we are likely to see an exit of the very people needed to keep this country up and running: doctors, nurses and teachers.

Commentary on the Government’s Budget is that it did not empower businesses but focused on the Government’s core goals of poverty and homelessness.  The concern being expressed is that without empowering businesses, the economy will suffer further and New Zealand will not be able to grow its way out of Covid.

The domestic economy less tourism is very quiet.  Exporting is costing much more and there are significant shipping delays across the world.  It is fortunate that our primary produce is in high demand overseas, once we get it to market.  But in short, the economic outlook is not very positive at all.

The essential problem here is that these workers help keep the businesses that generate New Zealand’s wealth running.  By turning off access to this labour, these businesses with be less productive and earn fewer export returns for New Zealand.  This will have the effect of reducing the tax take and the Government’s ability to pay back its debt.  It will also achieve the complete opposite of increasing productivity.

Moving to a higher-skilled and more mechanised economy is already happening.  The paradox the Productivity Commission has not recognised is that the businesses it wants to move to these new levels need to be able to finance the movement.  There also needs to be research and development undertaken to achieve these productivity goals, which all costs money.  If you can’t get the workers you need and your productivity drops, you either go out of business or retrench.  In either case, you cannot afford to invest in any changes.

What I am saying is that the Productivity Commission and the Government have got the target right but they have not got right the way to achieve the target.  In my assessment, the shock treatment of removing access to migrant labour and forcing up wages will not achieve what they want.  The opposite will be true.

In our current situation, more than ever, we need the Government and business to work closely together to lift New Zealand’s economy so we can financially climb out of the Covid recession.  This would involve embracing the need for migrant labour to grow our businesses and as they grow, they will be able to transform their operations.

There is one exception and that is temporary migrant labour from the Pacific.  It provides much needed financial and skills support for the Pacific.  It also enables horticulture and wine grapes to expand and in result, employ more New Zealanders which in turn, enables greater mechanisation.

A number of restrictions are placed on the movement of Pacific workers.  As with all other New Zealand businesses that need to access migrant labour for growth, placing a restriction on how many workers can temporarily come into New Zealand for horticulture directly limits the growth and movement to greater mechanisation.

My plea is that now is not the time to limit migrant labour.  Rather, we need to embrace it as the way forward for productivity and the New Zealand economy’s growth and recovery.