Land for vegetables and fruit as well as houses 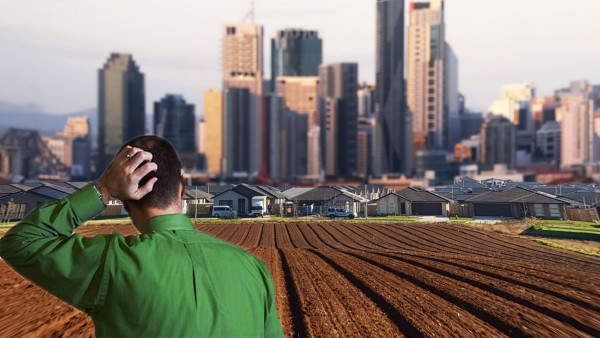 Today the Government has announced a major overhaul of the Resource Management Act. The Act will be replaced by three new proposed acts to be introduced into Parliament later this year:

The Government’s focus through the new legislation is not only affordable housing, but also reducing congestion, reducing pollution and increasing productivity.  To that list we must add growing healthy food to feed New Zealand and earn valuable overseas dollars.

A little more than 5% of land in New Zealand is capable of growing our healthy food.  In Auckland, the progressive loss of highly productive land is a major concern where over the next 35 years, it is projected that another 31,000 hectares of Auckland's most productive land will turn into houses.  This is because Pukekohe is one of our major and best growing areas: rich soils, frost free and located next to our major city - it is a growing area we must retain.

Our land for growing healthy food is disappearing.  Over the past few decades 10% of New Zealand land has become houses, and life style blocks have grown at around 6,000 new blocks each year.   The Minister for the Environment has previously acknowledged this problem and has committed to resolving this so that a balance can be reached between housing, infrastructure and growing healthy food.  This requires a planned approach and it seems that the three new Acts certainly have the goal.

Going into the future, strategically planning how we use our land will become crucial.  The tensions we are seeing between the ever-expanding urban sprawl and the need to be able to feed New Zealand healthy food is just one example.  Lack of planning is seeing roads gridlocked and time wasted on roads resulting in rapidly reducing productivity.  What has been done before under the Resource Management Act simply has not worked and, if we were to continue under this less-than-ideal approach, affordable housing, reduced congestion and pollution and feeding ourselves would eventually become all but impossible.

Added to this are the impacts of climate change mitigation, freshwater reforms and the need to protect our environment going into the future.  These changes cannot be done by a haphazard approach Council by Council.  It will need balanced strategic planning driven by central Government with the support of both urban and rural landowners.  To get the support of the people and growers of New Zealand we need to see that the aims of these proposed acts (affordable housing, reducing congestion, reducing pollution, increasing productivity most importantly and growing healthy food) are achieved along with our climate and environmental goals.

The red tape, the multitude of costs and slowness of the Resource Management Act processes has seen New Zealanders lose faith in our resource management system.  It is so difficult to achieve anything in good time.  A prime example is the delays to building the infrastructure to capture and store water as climate change makes our east coast drier.  Urban New Zealand needs this water, and so too does healthy food need this water.  It is not unusual for water storage projects to take decades and cost millions before there is any water captured.