The price of our future 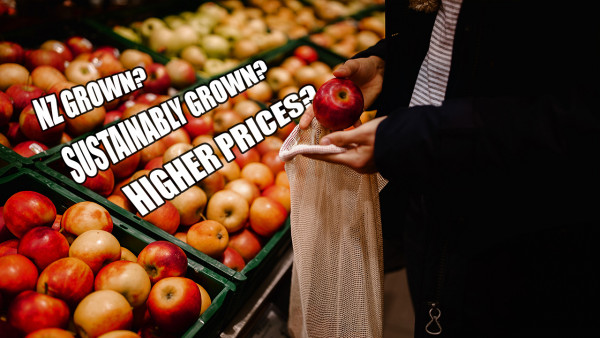 The Government has asked the Commerce Commission to undertake a study of the prices that supermarkets charge us.

The study will take a year, and the Commission is asking for submissions to help them with its study.  The perception is that consumers are paying too much for their groceries.  This perception takes on greater significance when the price of vegetables goes up, for example.

The reason that vegetable prices go up (and down) is simple supply and demand, and seasonality.  If there are fewer vegetables available, whether due to a storm or the fact that the vegetable is not in season, there is an increase in price.  So, if the consumer wants the produce, they have a choice to make.  When supply is plentiful, or the market has lots of imported produce in it, the price goes down.  Consumers tend to forget price drops and react to price increases.  What we have said to the Commission is, ‘does everyone in the supply chain, particularly the grower who takes the biggest risk, benefit from the higher price?’  The issue is not the price per se but transparency and equity for the consumer and all supply chain participants, including supermarkets and growers.

As all of New Zealand makes change to mitigate climate change and improve the quality of freshwater, the prices we pay for everything will increase.  This week the Climate Change Commission released its draft report, saying that is recommendations will result in a 1% reduction in GDP and over the next 15 years, costing New Zealand $4 billion a year.  Added to that are the costs of changes to the minimum wage rate, increases to sick leave entitlement and a new public holiday, estimated to cost $2 billion a year. And then there’s freshwater, coming in at $6 billion, which I think is light because it does not include all of the urban infrastructure that needs replacement.

The truth is that consumers and ratepayers are going to have to pay for all these costs.  Some of the costs may be taken up by suppliers, but even if they are, the majority of the costs will fall to the public of New Zealand.  This is a very big bill.

These costs really eclipse the Commission’s supermarket study.  That is because the price of everything we buy at the supermarket is going to increase, due to having less access to overseas produce and products, in part because of the impact of Covid on shipping and airfreight, but in the long term, due to less produce being available on the world market as drier conditions and adverse weather affect the ability to grow.

So, we are going to pay more but, wouldn’t it be good to know what we are paying for?  That where transparency comes in.  Consumers are increasing wanting healthy food and are wanting to know how it is grown.  As the price rises hit, consumers will also want to know what they are paying for and how much everyone in the supply chain is making.  For example, how much are they paying for climate change mitigations and freshwater improvements?

The best that the Commission can in all likelihood do is make sure consumers and everyone in the supply chain has full information on costs.  As volume available determines cost, particularly when supply is short, information being available to everyone – from the grower to the consumer – will explain short term price increases and price decreases.

In this digital age, what is required are information and transparency.