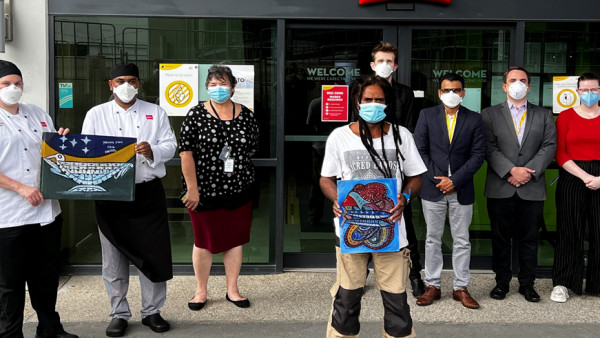 There was plenty of manaakitanga (hospitality) extended to the 147 Recognised Seasonal Employer (RSE) workers from the Solomon Islands as they completed their stay in Managed Isolation and Quarantine (MIQ) on Friday 12 November.

Workers were treated to a hāngi, known as ‘motu’ in the Solomon Islands, organised by Ibis Tainui, Jet Park Hamilton and the Waikato MIQ Pou Tiaki (wellbeing coordinators) team. The hāngi marked the end of Pacific RSE workers having to pass through MIQ thanks to the new Quarantine Free Travel scheme.

The workers responded with their own expressions of appreciation, including a mighty Solomon Island haka performance.

RSE worker, Maxson Foethao, also gifted two symbolic paintings to the Ibis hotel on behalf of the Salomon Islands group in recognition of the respect and kindness shown during the group’s stay. 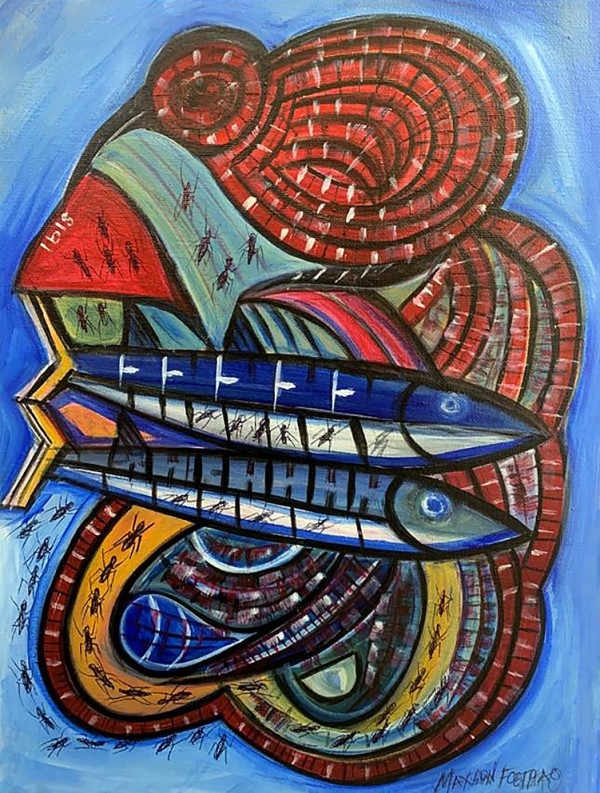 Maxson says that the painting represents the journey of the RSE workers coming to New Zealand to work. The blue symbolises the Pacific Ocean and the ants people coming from Pacific countries. The ants form a line towards the fish, a cultural symbol typically used to decorate canoes. In this instance the fish represents the plane Maxson and his group flew in on.

Waikato MIQ Pou Tiaki team leader, Trent Brown, says there is a wonderful spread of knowledge and experiences within the Pou Tiaki group who supported the 147 RSE workers from the Solomon Islands.

As well as the Pou Tiaki team, K’aute Pasifika support workers and dedicated translators from Straker assisted with communicating with workers in Pidgin during their stay.

They also designed special menus to make the workers feel at home, before the group left the Waikato.

“I am absolutely humbled to be a part of this team servicing the needs of our Pasifika cousins who are currently completing their managed isolation in the Waikato,” Trent says.