New Zealand is fortunate to be free of many of the damaging pests, pathogens and weeds that growers in other countries have to manage.

A multi-layered biosecurity system spans pre-border, the border and post-border.  The system is in place to stop pests and diseases arriving but deal with them if they do enter the country.

The Biosecurity Act 1993 provides the legal framework for our biosecurity system.

New Zealand’s biosecurity system is a collaborative effort and every New Zealander has a role to play.

Some of the key players involved in biosecurity in New Zealand are:

There are many things that growers can do to help New Zealand’s biosecurity efforts and protect the horticulture sector. These include:

Understanding which exotic pests and diseases are a threat means you can quickly spot the unusual.
Get familiar with the priority pests for your crop by visiting your product group page.

If you see a suspected exotic pest or disease, or anything unusual, call the MPI exotic pest and disease hotline on 0800 80 99 66 to report it. Detecting new incursions early increases the chance of eradication.

Create a Biosecurity Plan for your operation

There are many steps that growers can take to improve biosecurity in their day-to-day operations.

Ensure that you wash dirty clothing, footwear or equipment when travelling between orchards, farms and when returning from overseas.

About GIA and HortNZ's role

If you see a suspected exotic pest or disease, or anything unusual, call the MPI exotic pest and disease hotline on 0800 80 99 66 to report it.

Use the Find a Pest app

The Government Industry Agreement (GIA) is a partnership between industry groups and the Government to better manage pests and diseases that could cause harm in New Zealand.

Once an industry organisation has signed the GIA deed, it becomes a signatory and has a say in how biosecurity risks that may affect their industry are managed.

Signatories share decision-making about how to prepare for and respond to biosecurity threats.  They also share the costs of the agreed readiness and response activities. HortNZ is a GIA signatory on behalf of Process Vegetables New Zealand.

HortNZ’s biosecurity function's objective is to achieve better pan-industry biosecurity outcomes for the benefit of all growers.

HortNZ supports and works closely with industry bodies that lead biosecurity for their growers.

HortNZ’s submissions to the Ministry for Primary Industries

Proposed changes to the draft Import Health Standard for Vehicles, Machinery and Equipment, 2019 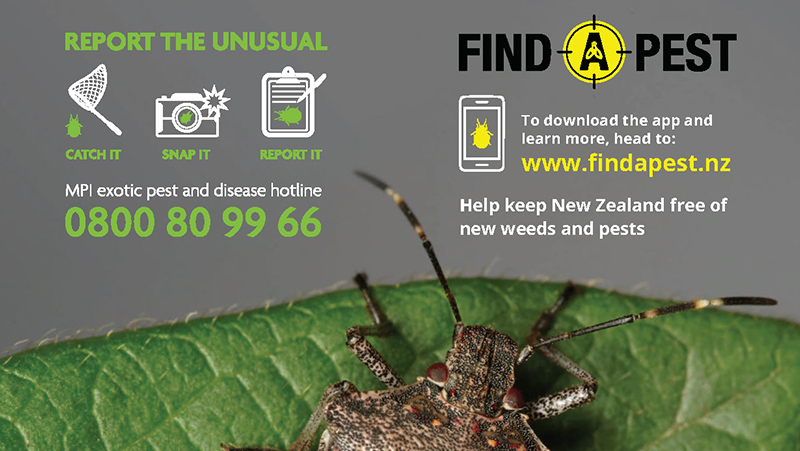